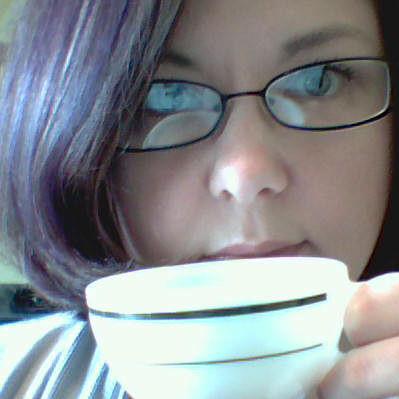 Hi there! I'm pleased to discover a group of other steampunk writers. Looking forward to cussing and confabbing with everyone. Well, everyone with a reasonably agreeable disposition, at any rate. My…Continue

Introduce yourself!
Hullo! I'm a writer and web marketing geek from southern Indiana/Louisville Kentucky. I've been writing since I was a kid, and have recently become a fan (and writer) of steampunk.

What do you hope to find at The Steampunk Writers & Artists Guild?
a fun and inspiring community

How did you hear about us?
blog ad

Shortly after I joined S.W.A.G., I was accepted for publication as part of Echelon Press' upcoming steampunk anthology, Once Upon a Clockwork Tale. My contribution is Bitter Cold, a steampunk version of the classic fairy tale, The Snow Queen.

Set in 1885, in an alternate world where the American states were never united, a young tinkerer named Kit is kidnapped by a wealthy industrialist and heiress whose cold heart and pale beauty have earned her the nickname "The Snow Queen." His best friend from childhood, the plucky and unpredictable alchemist Greta, must use whatever resources she can find to save him, and possibly the world, from the Snow Queen's nefarious plan.

I enjoyed writing Bitter Cold so much, I'm currently planning two more stories set in the same alternate America, each based on a different fairy tale.

Good to have you in the guild.

Good to get to know you and have you here!  Thanks for the friend request.  I'm fairly new here myself and learning my way around.  What I've found is awesome so far!

Welcome, Katina!  I'm glad to meet another person with enough 'trolls' in their life... hopefully you won't meet many here...

Thanks for the welcome, ladies! I'm enjoying poking around the archives.