The Royal Wedding of Victoria and Albert 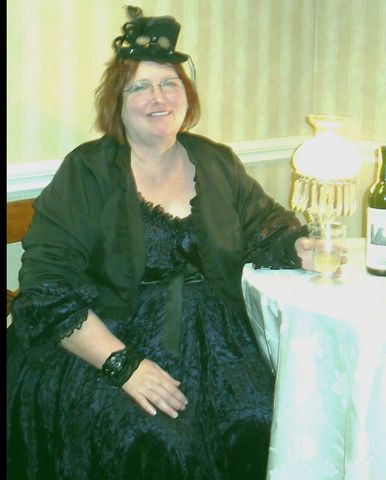 Like most little girls, I grew up playing Tea Party. Ceramic and plastic tea sets are still some of the most popular toys, if you have daughters or granddaughters, they probably have at least one. I don’t know if you’ve seen a show called Pregnant in Heels, but they had a proper English tea on one episode, serving scones, and Spotted Dick with the tea.… Continue 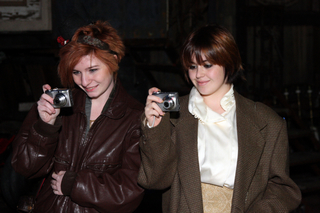 A while ago as I was catching up on my steampunk blog readings and drying my hair at the same time I came across an post with a title that caught my attention like flying magnets, "Steampunk Tech and Teens." Oh. Fabulous. Exactly what I…

There was a strong Egyptian influence in the 19th century with the translation of the Rosetta stone, all the English and European Egyptologist and their rich discoveries, the Egyptian obelisk erected alongside the Thames, and the quaint mummy unwrapping parties. Egypt even influenced Victorian clothing, furniture and furnishings. In turn, there no question aspects of the Steampunk culture have been influenced by ancient Egypt. In the entertainment field Steampunk…

Although this article wasn’t published in an academic journal, its overview of steampunk’s “boy inventor” roots offers steampunk scholars some interesting insights and further paths for exploration. An earlier version of the article was published in Steampunk (2008), edited by the…

Grave Robbing, or The Resurrection Men

Before Great Britain's Anatomy Act of 1832, which allowed medical schools to legally obtain a sufficient number of cadavers for study, getting a corpse to dissect was no simple matter.  The Murder Act of 1752 stipulated only the bodies of executed murderers be used for such a purpose.  As medical science improved, the need for fresh cadavers began to rapidly exceed the supply of executed murderers.

Since we're mostly writers here, I wanted to share this with you all.   Today is "Teen Lit Day" -- to celebrate YA books and encourage teens to read.  Today people all over the nation are going to "rock the drop" -- leave a YA book in a public place for someone to take home and enjoy.  http://bit.ly/cWIztH  If you leave a Steampunk YA book, please email me pics, (suzannelazear (@) hotmail) we're collecting them for the steamed blog.

But that doesn't mean I haven't been keeping up with my readings!

The automata motif is probably my favourite, ranging from the giant 8-armed mechanized goddess in Behemoth or the moving armor in Fullmetal Alchemist. You can't deny that they're all pretty freakin' cool to look at. It's all in the details, I say, the intricacies and elaborate designs, which brings me to recommend this…

The (Victorian) Experts Have Spoken

Part of plotting the Past Lives trilogy was figuring out which steampunk inventions the Order created and used.  Fortunately I came up with a specific use for goggles first!…

Hey everyone.  I wanted to let you know that I'm teaching anohter Steampunk writing class in May.
This one is less of an overview like Writing Steampunk A-Z and more of a butt-kicking class to help you with whatever it is your steampunk ms needs.  (I will be teaching Steampunk A-Z again in July through the Hearts through History RWA).

A SWAG annual award for Best in Steampunk - THE JULES VERNE AWARD!

How about it?  We at SWAG could promote it, call for submissions, and build a clientele for the best.  We could have several categories - best overall story, best gadgetry, most technically plausible; the Dru Pagliassotti best in social critique; best use of humor in steam; must 'punkish'.

What do you think?

At the moment of impact, I wasn’t surprised when a life flashed before my eyes.  I just expected the life to be my own.

The silver Porsche must have been doing eighty when it hit black ice.  I couldn’t swerve, couldn’t get out of the way.  There was nowhere to go as the Porsche whipped around, skidding toward my little car.  Headlights rushed toward my windshield, flooding everything with brightness, obliterating the night.  And then I was – someplace else.  A home that once belonged…

Here's some things that are often repeated about the Victorian era that aren't true:

Sometimes people were buried alive.   Not that anyone can discern, but there were rare cases of people who'd been declared dead reviving a few hours later.  Eventually the urban legend…

Some Fun Facts about Victorian England

Well ... I think they're fun, anyway.  Beta-readers for my Past Lives Trilogy will recognize some of these.

Pollution:  Most homes burned coal in their fireplaces, not wood.  And in the grander houses, virtually every room…

The ABCs of Steampunk


A is for Alchemy, Science's emo elder brother
B is for Brass
C is for Corsets, or Cyborgs, or cyborgs in corsets
D is for Damask, Decanter, and Daguerreotypes
E is for Engine, steam of course…
Continue

How you must think me primitive for wanting to write this using pen and paper instead of typing this up on a typwriter to enjoy the rhythms of clinks and clacks it makes, but I hesitate not to remind you that Leonardo da Vinci the Renaissance man, the Italian polymath and genius inventor, penned all his designs and sketches personally with his own hand. After all, is writing not a form of technology?…

Last week offered a multitude of author-flavored treats for me. Two…