Running out of steam!

Dear fellow steampunkers, I am nearly overwhelmed by the great number of so-called "social network" venues which I must monitor and, according to custom, interact with on a regular basis. Hence, I've fallen behind and I can't get up!

In all reasonable seriousness, I believe that were I to have in my possession one of those hand-held devices that contain linkage to all of the required communicative resources that are so common on this world, I may be able to better cope. I can't…

Indeed, it's not much to vent steam about; merely a chance to pose the opportunity for mirth and merriment, were any dear reader at hand with which to spar. Instead, I suspect the storm caressing the inlets and shores of the eastern coastline, with all attendant catastrophes such as the lack of steam, may have thwarted the masses from joining us in this medium. It's possible, don't you agree?

Being in an all-too fair clime,… 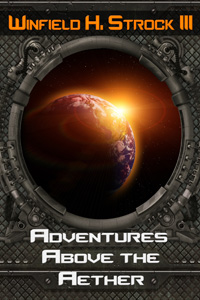 Adventures Above the Aether continues Chapter One

A Grand Experiment of the Grand Illusion

A mere test of the steamblog system. Tarry not if you find impressive entertainments elsewhere.

Nothing shall cause you harm were you to click upon the linkage above.

I've been doing a lot of research. Some of it is story specific and some of it is just to get a better feel of the Victorian background to Steampunk world creation. And this is where it gets serious. I blogged a bit about the dark side. I though I knew how dark it got.

The depths of squalor and cruelty into which the Victorian poor were pushed beggars modern belief. to ignore it as we write is more than just missing out on a whole and critical aspect of the…

A Peek at My Novel Coming in September

Part of the fascination with Victoriana, I think, is that it looks so familiar at the same time as being so different. We can identify with the people we see at the same time as recognising that they lived in a very different world from the one we live in.  Take a look at the photographs in this link and you'll see what I'm on about:…

So my first Steampunk novel, which actually would be my debuting novel as my other novel, a YA time traveling book isn't ready yet as I'm agent-hunting for it...will hopefully be out September 15th. That's the goal. The goal is to be done by mid-September as I'd like to go to the Steamcon III in Seattle in October, and would love to have the book launched prior to that. So mid-September early October by the latestl, depending how long it takes my editor.

The Dark Face of Steampunk

I wrote a blog here a little while ago about whimsy. I've wondered for a little while why so much of the Steampunk scene seems to be whimsical, why much of the writing is whimsical, why the characters are often prone to whimsy. The answer, I think, is very simple. if you are dabbling in Victoriana in any way shape or form you will very quickly run up against some deeply unpleasant things: forced child labour, breathtaking poverty, people living in the most appalling circumstances,…

Attempting to complete 12 new pencil works for a steampunk calendar, very simply embellished- all while deployed.  Let's see if I can manage it.  In  the meantime, new website posts and some decals being readied....

Blame it on Nick Valentino and Thomas Riley

It was at the SC Literary Convention in 2009, where I first met Nick Valentino. I was in attendance

with authors from my small press, Shadow Archer Press and Fissure Magazine and co-writers from our Greenville writers' critique group, The Reedy River Rats.

I knew just a little about steampunk and …

Nostalgia is a necessary thing, I believe, and a way for all of us to find peace in that which we have ccomplished, or even failed to accomplish. At the same time, if nostalgia precipitates actions to return to that fabled, rosy-painted time, particularly in one who believes his life to be a failure, then it is an empty thing, doomed to produce nothing but frustration and an even greater sense of failure."  (R. A. Salvatore,… 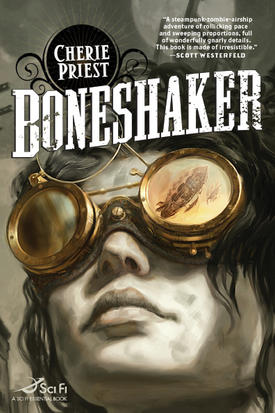 I came to this touted in the steampunk genre, with some unease. I didn't quite understand the concept of zombies in the steampunk world, and I have to admit it started off slow for me, being more a history than a character opening. But once I plowed through, I found it to be  a very enjoyable read for a number of reasons. Once Cherie introduced us to her characters, especially… Continue

On Moralizing and Patronizing 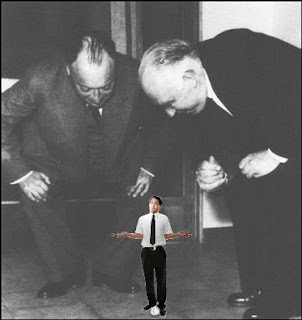 For my first movie review I decided to write about… Continue