Can You Teach Creative Writing? 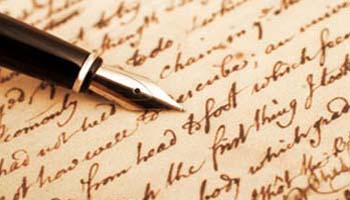 Next I tried to find out if the authors I admire ever attended such courses and what they thought of them. Several authors wrote tips for good writing for their fans, but I could only find two that definitely did attend a course themselves.

Frank Herbert (of Dune fame) met his second wife at a University of Washington creative writing class in 1946. At the time they were the only students in the class who had already sold their work for publication. Frank Herbert did not graduate from college, according to his son Brian, because he wanted to study only what interested him and so did not complete the required courses. Despite not completing his own degree in creative writing, Herbert taught general studies and interdisciplinary studies at the University of Washington between 1970 and 1972.

Stephen King had already published some stories before he went to study English at the University of Maine in 1966. After he graduated in 1970 he  took part in a writing workshop organized by Burton Hatlen. Between 1977 and 1978 he taught creative writing at the University of Maine. Stephen King gave his opinion on creative writing courses during the BBC interview below.


I found a great article where various authors and people in the business are asked "Can you teach creative writing?" Both those in favour and against creative writing courses seem to agree on the same points, but where those against present only the problems, those in favour try to offer some solutions. The salient points of the article are presented below:

I think there is a lot to be learned by reading books, but some things are not obvious, so an aspiring author could benefit from a course. Today I read various lists of writing tips, and one that stood out for me was "Show, Don’t Tell". This means instead of saying a man was frightened, describe his thoughts and emotions to make the scene more vivid. There are exceptions to this, however my point is that this concept was not obvious to me just by reading books, but it does make sense, and it would be a great tip to use.

For now I think I'll start going through some free online courses, and maybe later I'll pay for one so I can get the all important feedback. What do you think of creative writing courses? Let me know in the comments box below.

Thank you for this post, Nicholas, which ties sweetly into something I'm exploring during the writing of a short story.

But I do think that middling talent can be developed. So I guess I don't entirely agree with Stephen King.

I agree with most of what Mr. Garvery and Mr. King have stated. I agree with all that has been stated by Ms. Keyes. Wherever one begins, one may improve with dedication and a dedicated coach. Depending on the level of ability, different factors will be judged necessary or beneficial during instruction. I have found that the greatest positive influence on any type of instruction is the motivation to push oneself ever onward.

As I continue participation in this English professor fantasy camp, I have the dubious honor of attempting to teach young writers how to compose fictional accounts of their adventures. It is a mostly thankless job and I wish at times to return to the simply days of yesteryear where only those born under the blessing of the gods were allowed this task. Nevertheless, I have signed on to lead the course and I shall endeavor to complete it in good fashion. Wish me well, for all the luck at your disposal may be enough for me to squeak by!

Perhaps the question is "Can you LEARN creative writing?"  What I mean by that is something I've noticed here and there through the last ten years... Writers that go to a conference and then roll their eyes at things said by agents and published writers...

or people that 'say' they want to learn how to be a better writer but don't listen to suggestions or scoff at constructive criticism.

Comment by dave bartram on September 17, 2011 at 2:40am
Its techniques and theory of anything can be taught and  learned. A more salient point is can 'creativity' be taught or learned.

Comment by Nicholas L. Garvery on September 17, 2011 at 3:48am
Thanks for your interesting feedback everybody!

Comment by John F. Montagne on September 17, 2011 at 7:01am
As an English lecturer of speculative fiction, I often suggest "The Elements of Style" (by Strunk and White) to students aspiring to be creative writers... and to read, read, read.  "Elements" is thee Bible/Qur'an/Torah for writers and is usually required reading in creative writing courses.  I'd suggest it to those who lack the time for a formal course.

I recently took a paid online writing course. It was great in that the instructor and at least one of the six people in the course gave me solid, concrete, constructive feedback and criticism. The anonymity made it easier to offer that as well, I think. When you're not looking a clearly novice and perhaps untalented writer in the eye, it's much easier to let that person know how much work they have ahead of them if they want to turn their story about a vampire who falls in love with a school girl into something resembling an original story, and which is also worth reading.

As for tips on how to write better, I've found loads of online sources for that kind of thing, so if that's all a person is looking for, keep digging around the 'Net. Nathan Bransford keeps a good blog, as does Chuck Palahniuk (he charges for full access to the workshop section).

For books one might read, I just finished Anne Lamott's fantastic Bird by Bird for the second or third time. King's "On Writing" is supposed to be ace, but I haven't taken the time to look into it yet. Strunk/White is very worth having, which reminds me I need to get the latest edition. ;-)