Chapter 1, Orphans of the Celestial Sea 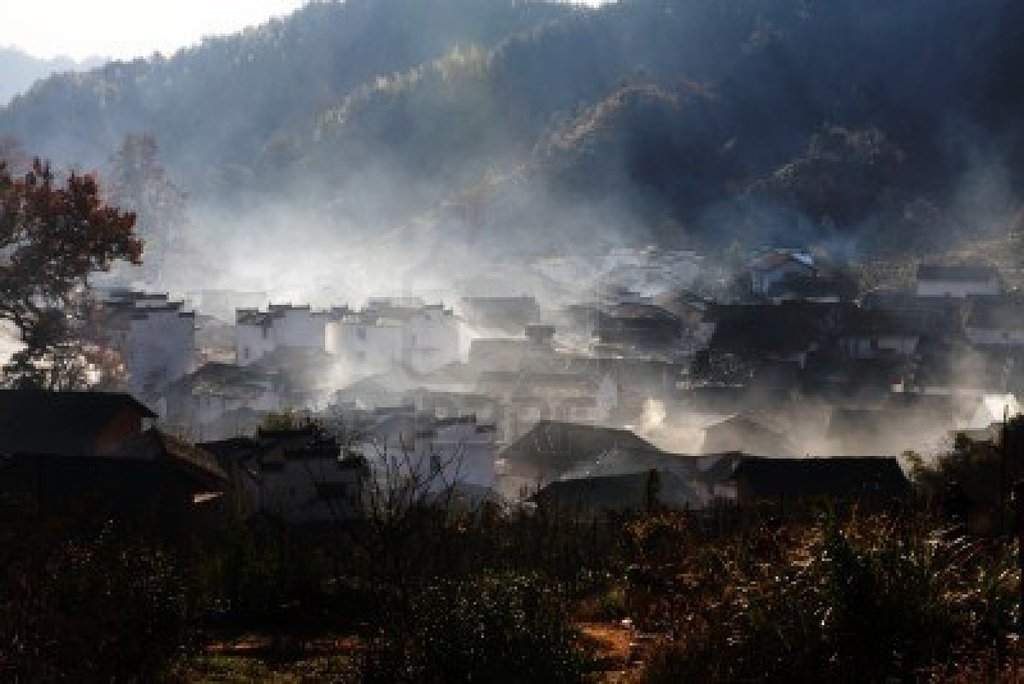 The Mist shimmered and shone like hungry moonlight as it left the forest and crossed into late-afternoon sunlight. It crept up the hillside like a living thing, long tendrils reaching ahead of the seething mass, dragging it toward the town of Milton.

Tom Cain watched, lost in fascination. He’d seen Mists before, but not like this one. Mist generally avoided sunlight and rarely had the strength to pull itself uphill so fast.

His reverie was broken by the second bell. The code was the same in every port-of-call he’d visited, single ring for Mist spotted, second for approaching town. He turned and headed at a leisurely pace for the nearest tower. The locals had mostly scattered to the protective havens, but Tom had seen enough Mists to know he could outrun the danger if he had to.

So long as they didn’t ring the third bell.

“Oi, boy! Headin’ for a tower already? What are ye, a sissy townie?” Airman Oleg appeared between a row of ramshackle wood and tin buildings on the outskirts of Milton, followed by his mate Giles. Tom noted they were both walking just as fast as him toward the tower.

Tom grinned back, Oleg was always ribbing the junior crew. “Just takin’ a stroll Airman. Curiously we seem to be headed in the same direction.”

Oleg and Giles matched Tom’s stride. They were easily the two biggest crewmen on the merchant airship Myrmidon. Tom matched them in height, but he appeared reedlike next to their broad frames. Oleg was big and hard while Giles ran to fat around the middle.

“Right, right. I does owe you, doesn’t I?” Oleg laughed. “Well, you keep remindin’ me, I’ll keep on ignorin’ you, and the world goes round, right laddie-buck?” He gave Tom a sharp jab in the shoulder.

Tom grunted noncommittally, and the three merchant marines continued to play brave, each pretending to walk more slowly than the others.

The distant sound of maniacal laughter stopped them cold. They listened intently to the wind for a minute.

“T’weren’t nothin’,” said Giles, but his voice crept up an octave, betraying his nerves.

Oleg nodded. “Yeah, ‘ey’d ring a third bell if it was Draggers.”

The three hastened their pace, each trying to get ahead of the others while appearing nonchalant.

They rounded the corner to the tower Tom had spotted and he saw the legs were ringed with red and white stripes. “Kids tower.”

Oleg grunted and hastened his pace. “If you be suggesting we find someplace else you’re on your own!”

Tom shrugged. “I’m allowed up there, still eighteen for a few more weeks.”

Tom ran the last few steps to the ropeladder. “Yeah,” he said, as he swung on and climbed like a monkey, “rarely, but the law’s the law.”

Oleg and Giles paused for a moment, obviously contemplating their punishment if caught. Another staccato howl of laughter cut through the air like a bullet. Oleg was up the first five rungs in a bound, and Giles wasn’t far behind.

Fifty feet up, Tom hauled himself through the hatch and rolled on to the floor of the tower, a crude, roofless room about ten feet on a side, with walls up to his ribcage. Three teenage girls were already up there. Two of them huddled together in a corner, and the third held a revolver and had a look on her face like she wished he was a Dragger, just so she could kill something.

Tom glanced through the hatch and saw a half-dozen of them climbing. In spite of dirty faces, matted hair, torn clothing and corpse-smiles, they still looked human. Human enough to pass at any rate, if they could talk, or for that matter interact with other people in any way that didn’t involve brutal murder.

Tom whipped his knife out and sliced through the first rope. The Draggers below scrambled upwards, laughing as they came, their faces locked in death-grins. In an instant the second rope was cut as well and the ladder fell away. The Draggers landed in a heap. Two of them lay where they had fallen while the others crawled or hobbled away, broken limbs simply ignored as they left in search of easier prey.

Tom shrugged and put his knife away.

Oleg turned to the three young women. He advanced on them menacingly. “You lot are going to tattle on us, ain’t ye? Rat us out for bein’ in a kids tower?”

The two in the corner shook their heads, but the one with the revolver backed off a step toward the others and raised her weapon on Oleg. “Leave me be and I’ll let you alone too.”

Oleg advanced on her. “Yeah? Then what’s a little ‘un like yerself doin’ with a gun pointed at my chest? You gonna use it or not?”

Giles’s arm snaked around Tom’s neck and he felt himself lifted into the air, his breathing cut off. In spite of his struggles, the grip grew steadily tighter. Tom closed his eyes for a moment and it was as if the intervening two years had never passed. He could smell the reek of his father’s breath.

Oleg glanced over his shoulder and grunted, then turned back to his quarry. “Now little miss. We ain’t gonna hurt ya. Jes hand over the gun, nice and slow.”

She looked to Tom with concern, and in that moment, Oleg swiped a paw upwards, neatly snatching the gun away. He slammed his other hand into her chest, sending the girl into the corner with the others where she landed hard.

Tom felt the arm release him and he fell to his knees, gasping for air.

“Now,” said Oleg, “I hold alla cards. Let’s ‘ave some polite conversation like we’s civilized beings.” He thrust the revolver through his belt. “I be Master Airman Oleg. My companions ‘ere be Airman Giles Whitworth, and Junior Airman Thomas Cain.”

Revolver girl glowered, while the older of the two girls in the corner sighed and said, “Nikki Keats and my sister, Willow, we’re from town.” She indicated the third girl. “I have no idea who she is.”

Willow, who was sitting in her sister’s lap, hugging a rather ratty looking quilted bear, let out a whimper and tightened her grip around Nikki’s waist. Willow looked thirteen or fourteen, and her sister a few years older. Neither of them appeared prepared for a long stay in a tower. They had only light dresses on and were already shivering as the sun began to set. Tom thought about offering his fleece-lined leather jacket, but it didn’t seem like the right time.

Revolver girl got to her feet and glared at the three Airmen. She was short and thin, with the angular, dark features of a Cree or Sioux, wore beaded, deer-hide pants and jacket like many Indian men, and a gun-belt with loops full of spare ammunition, wrapped twice around to fit her slim waist. She looked to be fifteen or sixteen.

Oleg and Revolver girl faced off, while below them the insane laughter of the Draggers continued. In the distance they heard screams from those too slow to make the towers in time. Oleg was first to make a move, he grabbed Revolver Girl by the gunbelt and pulled her to him. She slapped him hard across the face, but Oleg held tight, pawing at her clothes.

“What the hell!” Tom leapt forward, only to be grabbed by Giles in another choke-hold.

Oleg uncinched the belt and whipped it from around the girl’s waist, then pushed her back into the corner. He turned and grinned at Tom. “Just wanted her spare ammo laddie. Nothin’ improper goin’ on…” he turned and leered at the girls, “yet.”

Giles released Tom again. Tom fell to the floor and rubbed his neck.

Oleg towered over him. “But you try any more interferin’ an’ I’ll skin you alive boyo.” He reached to Tom’s side and slipped his knife out of its sheath. “I’ll be keepin’ this too, so you don’t go getting funny ideas.” Then he picked Tom up by the front of the jacket and hurled him into the corner with the girls.

“Listen ‘ere,” Oleg towered over the teens in the corner. “I’m in charge until the Mist has cleared. Me and Giles’ll protect you lot from Draggers an’ in return, you give us a half-day to clear off once this is all over, got it?”

Tom stood. “I’ll miss my berth if you leave without me!”

Giles grinned from behind Oleg, “Shoulda thougtha that before you went runnin’ yer fat mouth off.”

Tom turned to the girls. “Does my mouth look fat to you? I always thought I had a rather shapely mouth. But Giles should know from fat, I mean just look at the the guy!”

Giles bristled. “Yeah, wanna go tough-guy? This time I won’t let up, see how funny you is without air!”

Oleg put a restraining hand on Giles’s chest. “Enough! Cool off mate. We’re just here a few hours ‘till the Mist is gone. Then we hightail for the Myrmidon, tell the Cap’n the authorities are gonna board and check for illegal goods. He’ll pull up stakes and be gone inside a few minutes and any complaints about us usin’ a kids tower will be forgotten in no time. Murder is another matter. Kill ‘im if you want, but not where I’m like to be implicated, got it?”

Oleg and Giles retreated to the opposite corner from the others. Giles crossed his arms sullenly while Oleg lay the revolver across his lap and played his finger across the finish. All around they heard the sound of Draggers laughing as they ransacked the town in search of live humans. Meanwhile the hungry Mist wrapped its ethereal tentacles around the legs of the tower and began to creep upward.