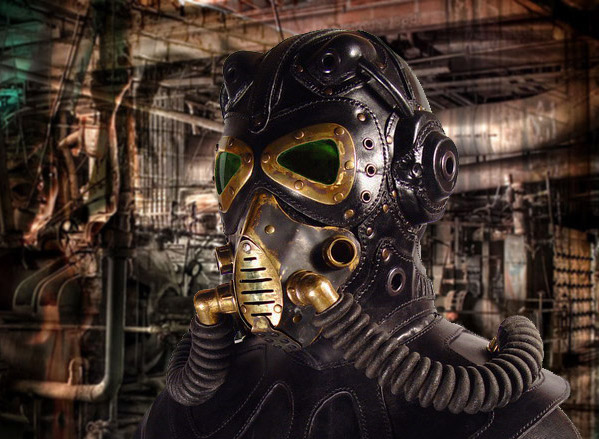 Characters are the motive force behind any good story. You can have the most amazing plot, world building, write the snappiest dialogue and create prose that makes editors shrug and say, "I have nothing to say", but if the characters are flat and lifeless the story will never succeed to any great degree.

So, what makes a good character?

They are a living, thinking, autonomous person. One of the tests for me is that my characters don't always do as I say.

They have emotional consistency. This is one I figured out only after a pile of rejects unfortunately. I knew one of the scenes near the beginning of Aetherstorm was a little out of place, but I loved it, it was clever and witty and I couldn't really place my finger on what was wrong. Then I figured it out. On page five he has the crap scared out of him, then a scene later he's all suave and clever, it felt completely out of place.

They come across on the page. This has been the toughest one for me to learn. I thought I knew what was going on inside my character's heads before I really spent the time to focus on this. One whole edit of Aetherstorm was spent scene-by-scene putting myself inside their heads and thinking, "Okay, I'm Konrad. X just happened, how does that make me feel?"

As I went through and edited for character, I found that, with Konrad (the lead) especially, it gave me a ton of insight into who he is and he changed in nature from how I had envisioned him. In my early drafts he was essentially a nice guy, caught up in something bigger than himself.

Then I started to really think about who he was. All those Psych classes I took in college began to pay off. I thought about how he lived, and where he came from. His mother died when he was a baby, and his father raised him. His mother and father were stowaways when Himmelberg first launched so they aren't even legal citizens, which places them in a sort of permanent underclass. Add to that the fact that his father had been the product of some experimentation which made him much stronger and faster than a normal human, but he and Konrad cannot use their advantages, because non-humans are automatically labelled mortal enemies of humans and killed on sight. That makes for a mess of an adolescent. He feels he's better than everyone else, but lives as the lowest of the low. That's at the core of his personality. Obviously anger and arrogance are his biggest character flaws at the start.

Over the course of the book he does a lot of things to survive that haunt him. Guilt and the fear that he's turning into exactly the sort of monster humans believe he is keep him up at night. He turns to alcohol and starts to alienate his friends. Everything got a lot darker in the re-writes, and I think the manuscript is better for it. Konrad is certainly a lot less likeable at the end of the newer drafts than he was in the early ones, but he's also more sympathetic and more real, which I think plays well into the bittersweet ending which was inevitable once all the pieces were in motion.

[Mask picture modified from a picture found at http://bobbasset.com/, the background photo is by Charles Bodi (who has an amazing collection of beautiful abandoned factory pictures at ridemypony.com)]

As always, this is a repeat of a blog post from http://brassbolts.blogspot.com/

Comment by Lia Keyes on June 21, 2011 at 8:29pm
I know one author (in my critique group) who writes first drafts in first person so she can put herself in her characters' shoes, inhabit their bodies and minds completely, and then translates the first person POV into third person POV for subsequent drafts. I've tried it for scenes where I'm standing too far back from my characters and it really works!

Comment by Mark Fenger on June 22, 2011 at 11:45am
That's an interesting suggestion. I wrote my first novel in first person before transferring it to third. I don't think it really helped me much there, but I suppose different tricks work for different authors. The best method for me so far has been to dedicate one whole edit to emotions, thoughts and character development.

Comment by Lia Keyes on June 22, 2011 at 11:16pm
I find it fascinating how many different ways there are to write a novel—as many as the number of writers facing the challenge, it seems!