Eager to Know, Yet Scared to Ask 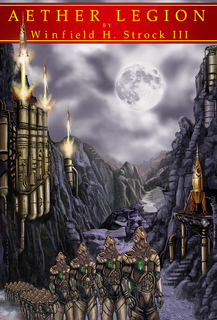 Diversity, a buzzword of the times, means inclusion to me. As a child in the Midwest, inclusion was a given and discrimination never entered my mind. But to be fair, I encountered few people different than myself in the suburbs of Cincinnati, Ohio. I wrote an earlier blogpost titled 'Characters Vice Caricatures' to put forth the challenge laid upon me. One speaker at a steampunk convention remarked at the prevalence of Anglophiles amongst the genre, of how few other cultures received any attention. Only the Wild West has offered sufficient counter to this trend.

Looking back at my first novel, Adventures Above the Aether, convicted me of the same offense. I wrote from my gut, I wrote what I knew, but I'd not made an effort to include other cultures in the effort (alien cultures notwithstanding). I'd done as my influences had done, and addressed cultural issues amidst alien settings to magnify the conflict and create a different perspective.

As I began Aether Legion, I sought to embrace diversity, but as my previous blog-post explained, I feared a warped work that portrayed these people different from myself in a cartoonish light. In the end I felt each character met my goals and represented my work as well as any other.

So what has me eager to know, yet scared to ask? I've yet to hand my work to those I seek to include and seek their opinion of my attempt. To write inclusive characters, I've tried to write them the way I'd write any others. They face struggles the best they know how with the abilities and weakness they recognize in themselves. They possess blind spots in their judgement based on their passions and vices. Though these people come from different backgrounds, I attribute to them the universal attributes of humanity and veer far from those stereotypical roles I feel many such characters are relegated to so often. Have I been successful? Or will my second novel stir outrage in those I've reached out to?

The large subplot to Aether Legion revolves around a woman taken hostage and the relationship that builds between captive and captor. Significant feedback during the manuscript's writing helped me shape this portion of Aether Legion and I'm happy with the results. But an author needs readers to find that same satisfaction. If you know of someone interested in reviewing this book whose perspective on this differs from mine, please point them my way. I've got to know.