Planes B, Volume I Steampunk Anthology in Spanish

Since October 2011 two writters from Spain and México came with the idea of an Anthology about retrofuturism, writting in spanish language and then asking all the latin american and spanish community be part of it.

That will be published as "Ácronos"

But many stories get out from the original project, so "Plan B" was born.

The next September 29th in EuroSteamCon Spain "Planes B Volume I" will be introduced, as a steampunk  Anthology with some of those good stories than was not picked from "Ácronos", but are still pretty good anyway.

With 5 stories and one writting by Jeff VanderMeer, translating to spanish it was illustrated by two female artist, "Tamarindo" from Spain and Karina Denisse Contreras "Kadeco" from México.

The graphic design and layout is made by another female artist: Araceli Rodríguez, from México, and the cover is a picture by Alexandra Galeano from Argentina, and the name from the model is Vito, from Argentina too.

Here you can see the cover 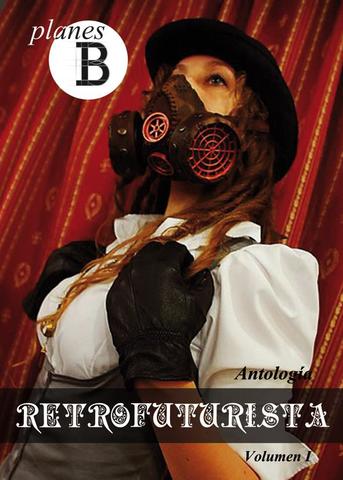 And if you want more information, you can click here (spanish)