Steampunk in Space: Why Not?

How hard would it be to cast a crew of five into space in the year 1881? Given technology of the day; impossible. But that’s where questions beget questions and answers breathe life into an adventure.

I grew up, thrilled by science fiction. It offered hope (in the case of Star Trek) or a warning (in most episodes of The Twilight Zone) and an exciting alternative for me, a solitary child with a mild case of Asperger’s Syndrome.

My interest in Steampunk began before I knew the term. I enjoyed the adventures of James West and Artemis Gordon on the old “Wild, Wild, West” show. James Mason as Captain Nemo exemplified the classically cool tragic villain. Two other big draws for me were the style of the time and the clearer line between hero and villain. 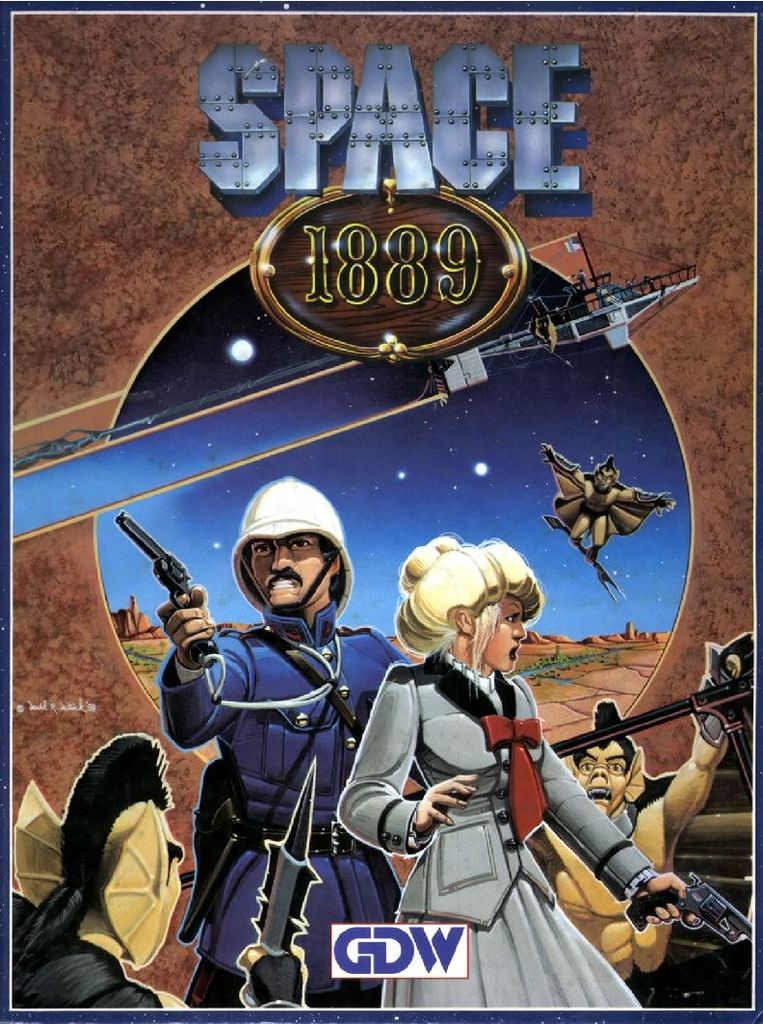 Fifteen years ago, during my role playing game days, I took my imagination out for a spin each weekend by running games with friends. These exercises in building a credible, engaging story made me hungry for more. The Aether Series began as a weekend adventure grown from decades of sci-fi books, movies, and television. Role players make for a demanding audience when it comes to plot. If they can poke holes through it big enough to drive the Hindenburg through, you’re toast. I owe an air-tight plot to years of their jabs. Also, RPG’s tend to have a larger central cast. Everyone at the table expects to remain relevant throughout the evening. For this reason, Adventures Above the Aether, takes off with a crew of six. The closest comparison in science fiction is Fantastic Voyage, a movie from 1966.

Why space travel in 1881? A collision of images and influences reached critical mass thirteen years ago. A role playing game (which I never got an opportunity to play) called Space: 1889 caught my eye on the store shelves. A quirky, under the radar, comic series, League of Extraordinary Gentlemen, became a favorite of my best friend. Years before, the movie adaptation of Dune, showed me what steampunk in space might look like. Scenes coalesced in my head, like a funnel cloud precedes a tornado.

I want an adventure that contains these scenes, but how to put all these elements together? Thus began the flurry of questions, each branching out like kudzu across my first outline sheet. Some questions spurned new plot developments while other spun me round and round before an answer nailed it down.

In the end, I loved the story but never got to share it in its original format. My naval career moved me from my gaming friends and the idea sat on a shelf until my writing career began. Years later, in a phone conversation with an old friend, I shared the scenario that never happened. Thanks to Ken’s recommendation, I took those notes and wrote a novel I’m proud of.

Also, with no players to muck up the plot, it all ended as planned.

Good idea! I just wrote a novel like that, too; but, in Spanish.

"Lendaria" is a Space Opera Steampunk. Some people looks me with this "What!?" face. But, I think it's a very good idea.

Thanks Josue Ramos. Is there an English translated version of your novel? It sounds interesting.

Nop. Soory. But, at least, I can show you the cover here. Looks great. Who does your art?

This cover was made by Sgrum aka Néstor Allende. He made a lot of sci-fi and pulp covers.

Jules Verne blasted his heroes 'FROM THE EARTH TO THE MOON' with a huge cannon in 1865. More recently Kenneth Oppel sent his heroes up a space elevator or Skyhook in 'STARCLIMBER', the third novel of his excellent 'AIRBORN' YA Steampunk/Dieselpunk trilogy.

My own WIP, also a YA Steampunk/Dieselpunk trilogy, is set in space, in the technical sense that it takes place on an Earth-like colony planet centuries in the future. 1930s level human technology coexists with the higher technology of a long lost civilization, and the main plot is a great expedition on a huge steamship, pursued by baddies in equally huge airships. Yet none of it takes place outside the planet's atmosphere, so not in space in THAT technical sense.

Josue's cover reminds me a little of Disney's 'TREASURE PLANET', an animated feature that simply ignored plausibility and worked all the better for it!

PS What do you mean about James Bond being unrealistic, Blimprider? Next you'll be saying Santa Claus doesn't exist!

Really love the idea about steampunk being in outer space. Your cover looks a bit like a weird west(indies) adventure story. Have you seen the Muse video for "Knights of Cyndonia"? Space opera meets the old west. I love how people are able to splice different genres to make new ones. Really interested on how you explain the technology that allows them in the 1880's to go into space, yet retain the old Victorian culture. Those kind of world building details are always the most exciting to me! Wishing you every success!

Especially since some have commented how my latest image mixes more accepted sci-fi imagery with airships and sailing vessels. It's fiction. Why can't they stretch boundaries and existing concepts, especially in the steampunk world?

Thanks for the recommended read. I'm intrigued by the homage to Verne especially.