To Rule the Skies

To Rule the Skies, the debut novel from Michael Tierney is now available on Amazon for Kindle, iTunes for iBook, and Smashwords for many other formats.

Professor Nicodemus Boffin, late of the University of Edinburgh and protégé of the great Michael Faraday, serves as the Scientist General of a British institute to further scientific knowledge and technological advancement for Queen, Country, and Empire. Boffin and his crew travel the world aboard their advanced airship Flamel on a voyage of discovery. In desperate times, however, Flamel is called upon to perform “extraordinary duties”. Boffin is tasked to search for the cause of the sinking of HMS Bellerophon, the Royal Navy’s flagship which was carrying a secret cargo from Canadian Colonies to London. He must uncover who or what is behind the disaster before rising tensions between long-time transatlantic enemies, Britain and the United States, bring the two nations over the brink to all-out war.
The first installment in the Airship Flamel Adventures! 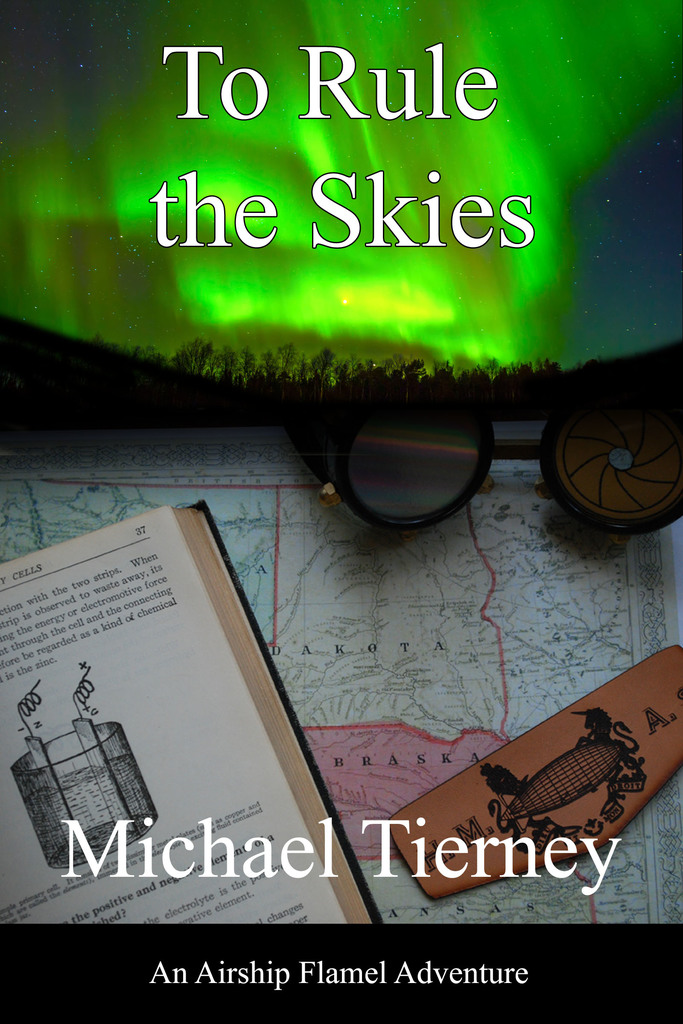